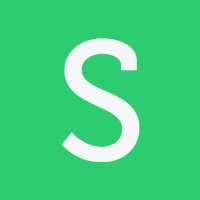 Tune in to any post-work conversation on the train home and it’s unlikely to be a co-worker’s skills but rather some difficulty in interpersonal relationships that’s causing a hoo-ha. Malfunctioning teams make people unhappy, demotivated and unproductive at work, and are a common cause of people leaving their job.

For Alistair Shepherd, co-founder of London-based people analytics startup Saberr, this is a costly problem that technology can help alleviate very simply and very cheaply – it’s just a case of doing the maths.

“More than 80% of startups fail to deliver a return to their investors, and two thirds of that is down to team dynamics,” he says, citing Professor Noam Wasserman, author of The Founder’s Dilemmas, who taught him at Harvard Business School. “I wanted to look at what was behind that.”

Shepherd’s background is in aerospace engineering (which he took to PhD level in the UK) and entrepreneurship (he studied this in the US at Harvard and the MIT Sloan School of Management). Today he is still an engineering researcher and entrepreneur in residence at the University of Southampton. Saberr, his third startup, founded in 2013, taps into his fascination with what makes a good project team.

Read the full article on theguardian.com

Myths – The fund does not follow-on?
Read FAQs